Is usually far far away from me.

Actually, it was right next to me.

But I almost missed it. 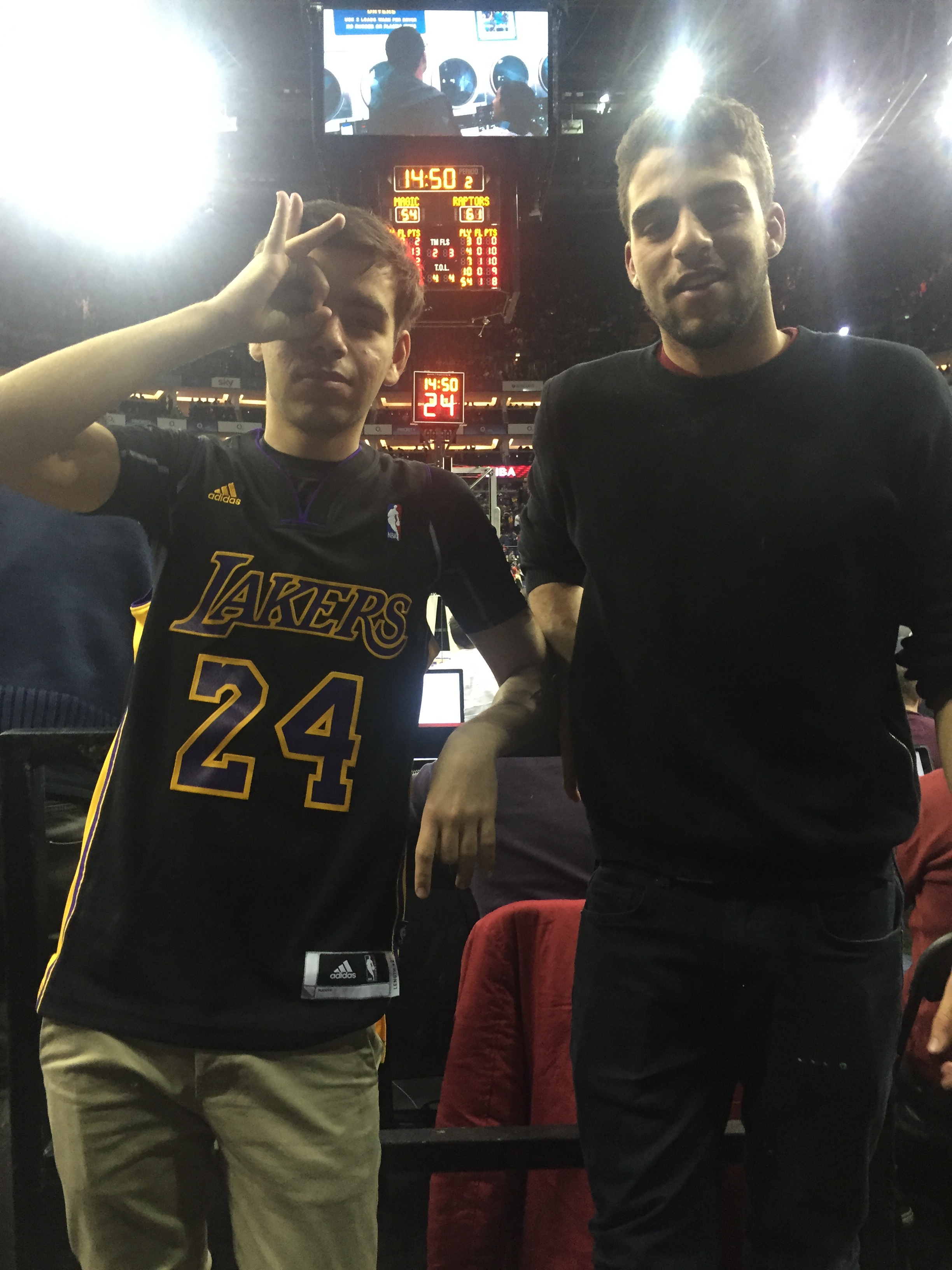 But thanks to the hombre to my right and amigo since day one, Nader Issa, I didn’t.

Brother Nader gives me a call at like 3 pm (keep in mind tip-off is at 7:30). I had just finished eating a nice footlong chicken teriyaki on hearty Italian at Subway where people go to eat fresh (Subway has not in any way financially compensated me for this advertisement, but if they want to another sandwich would be dope).

He calls me and asks me “if I would like to attend an NBA game in London”.

To which I retort fuck yeah.

The first thing I think to myself is “How didn’t I know the NBA was coming to London?”

Yes, I, Zein Shami, the person who reads thousands and thousands of words about the NBA a day, listens to hours and hours of podcasts a week and watches a dozen of games a month; almost missed his first NBA game.

I make it to the game on time.

We’re right behind the media section on the baseline. 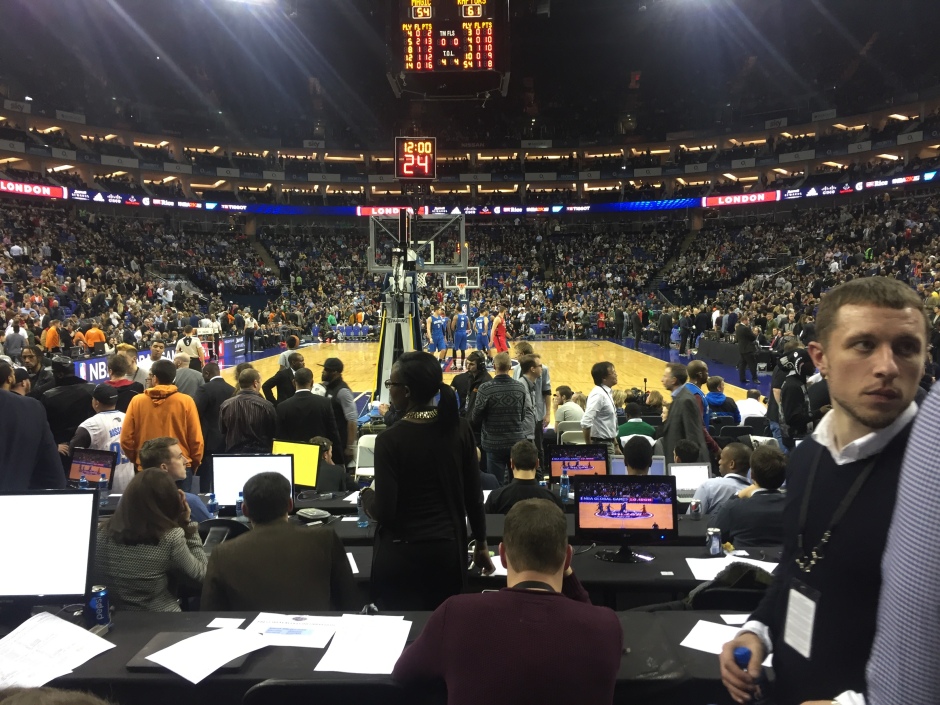 Not that I am a basketball expert by any stretch of the imagination, but I was really really unimpressed with Elfrid Payton.

Even though he made that mid-range J off the dribble to end the half. That was probably one of his only perimeter makes of the night.

It just feels if he doesn’t blow by his man the first time he has no other moves. All he can do is either back up and try again or pass the ball. Hopefully, when he gets older he develops a counter to this like a step back jumper. But, until he does I think he will be sitting out a lot more fourth quarters.

To be fair, he did have a crossover where I inadvertently said wow under my breath but besides that it was a very ordinary night.

So right before the end of the fourth quarter, I realise that I’m super close to a tunnel. So I told Nader after the game that we’re going to have to hustle to the side and see if we can get some pictures and hopefully meet some peeps.

After the game ends I quickly rush to take some pictures.

The first person I see when I make it to the tunnel is Phil Jones, the Manchester United player. 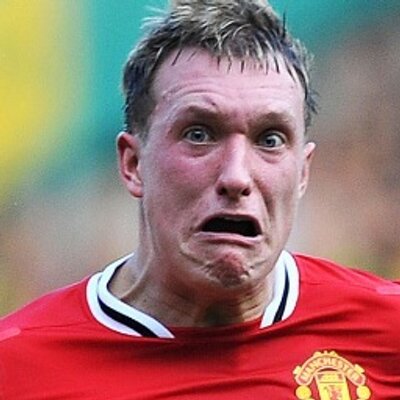 Fine, he didn’t look at me like that. But it was pretty close.

At first, I was like wtf why is he here?

But then I remembered he is injured 24/7, so he has a ton of free time.

The next person I see is Rick Fox, the former Laker whose always on NBA TV. He’s slowly moving his head to an LMFAO (remember those guys?) song:

I am so enthralled by this I didn’t notice that Gordon fucking Ramsey walks by 2 seconds into the video.

So after Rick is done jamming, I take a few pictures with him and try to talk to him. 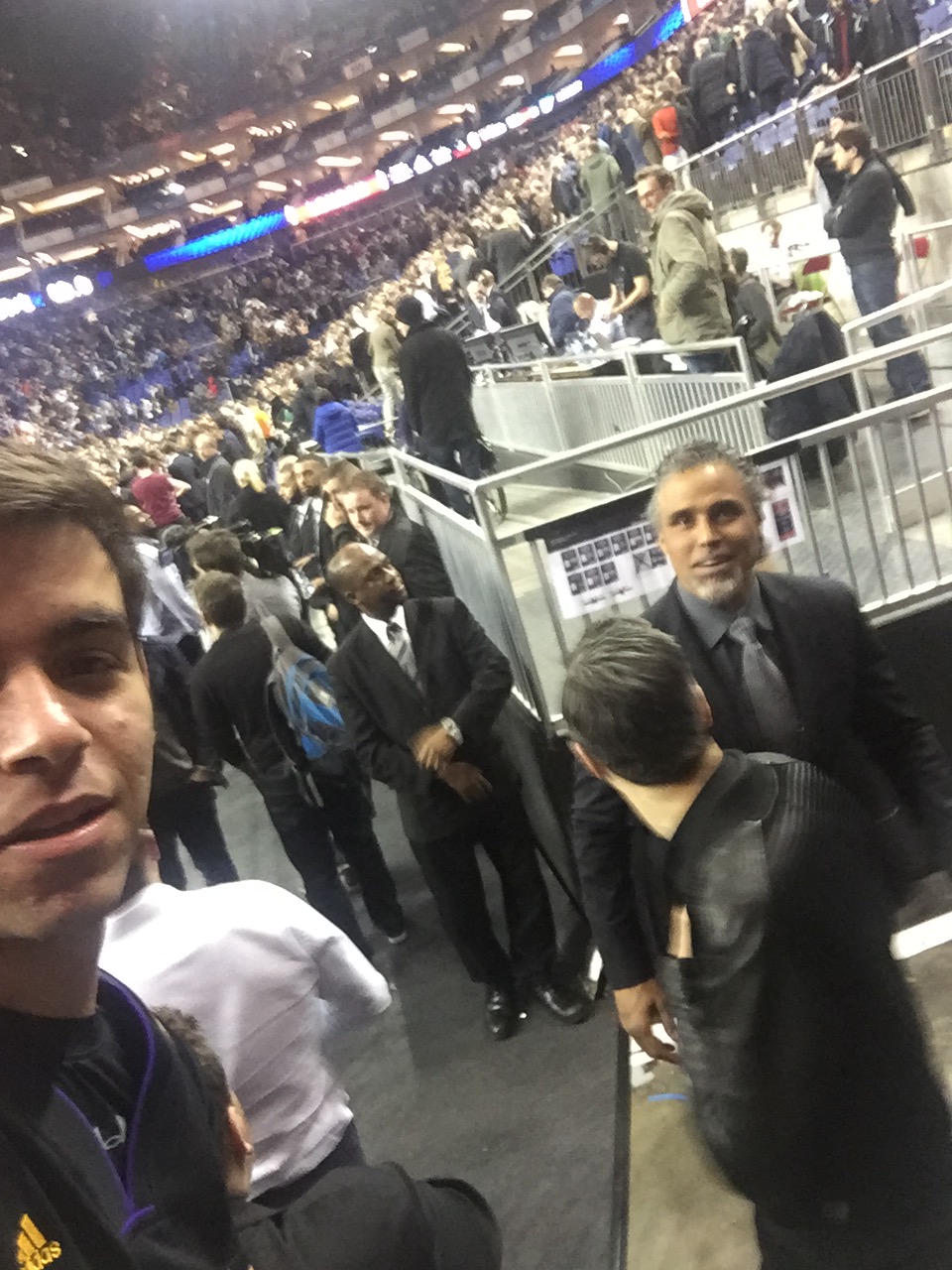 This is a transcript of our conversation

Me: Rick Rick Rick. Do you mind if I take a selfie?

Rick: Smiles then walks away

As soon as I am done trying to talk to Rick.

Mugsy Bogues (aka the shortest NBA player of all time at 5’3 and a personal hero of mine) walks up to me, shakes my hand then disappears like a ninja.

A few seconds go by, then I see Michael B. Jordan the actor from Creed and not the actual Michael Jordan because that would have been the greatest thing ever.

I take a few terrible pictures with him 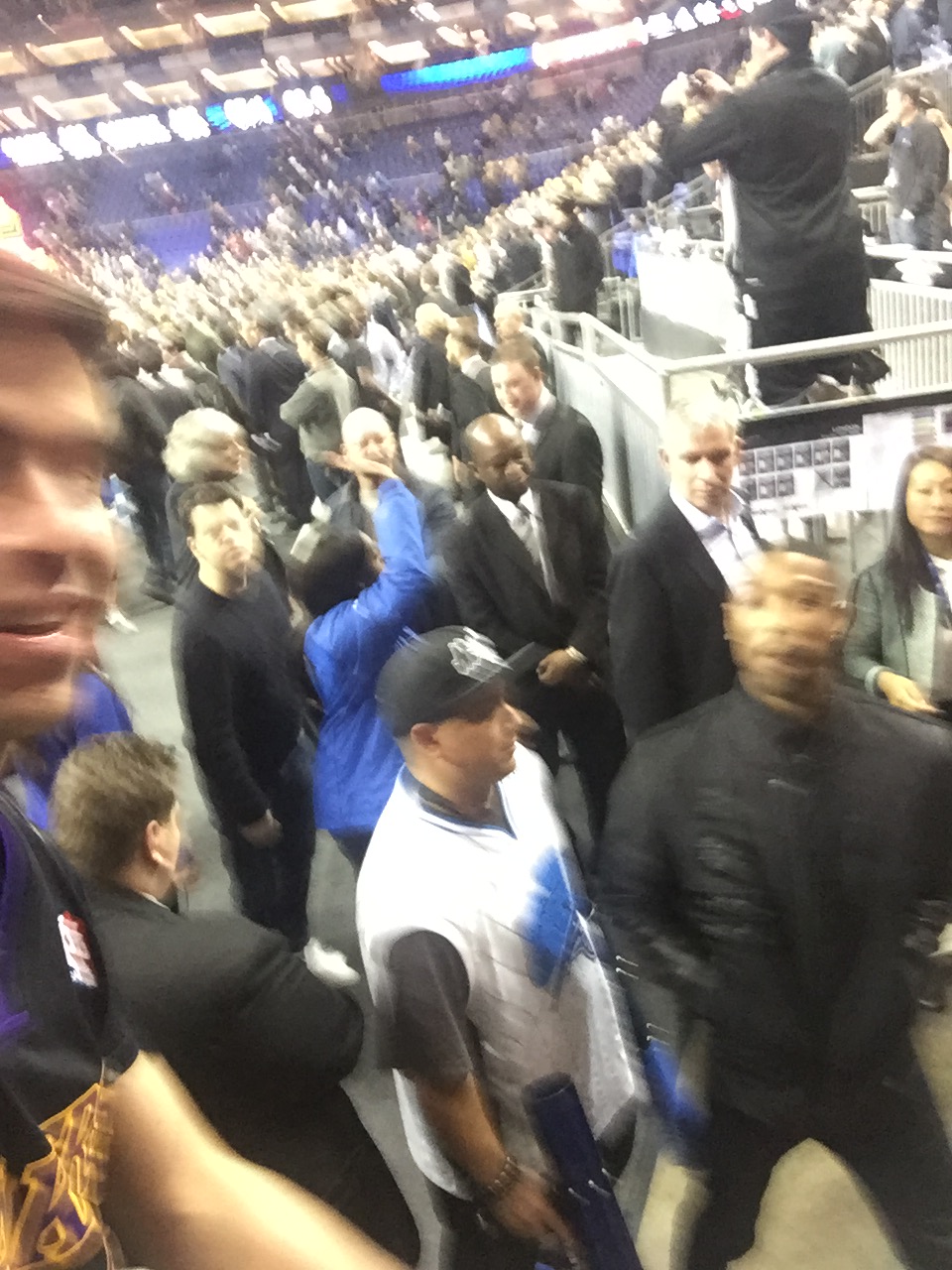 This is how our conversation went

Me: Michael do you mind if I take a picture with you

Michael: Go for it

*I take the picture, and he’s almost at the end of the tunnel.*

*in the coolest way possible he says*

(he called me homie hihi)

I am not usually a person who gets starstruck. To be honest, I think it’s kinda weird the veneration reserved for some famous people.

But, the only time I lost my shit that night is when I saw Hakeem the Dream Olajuwon. 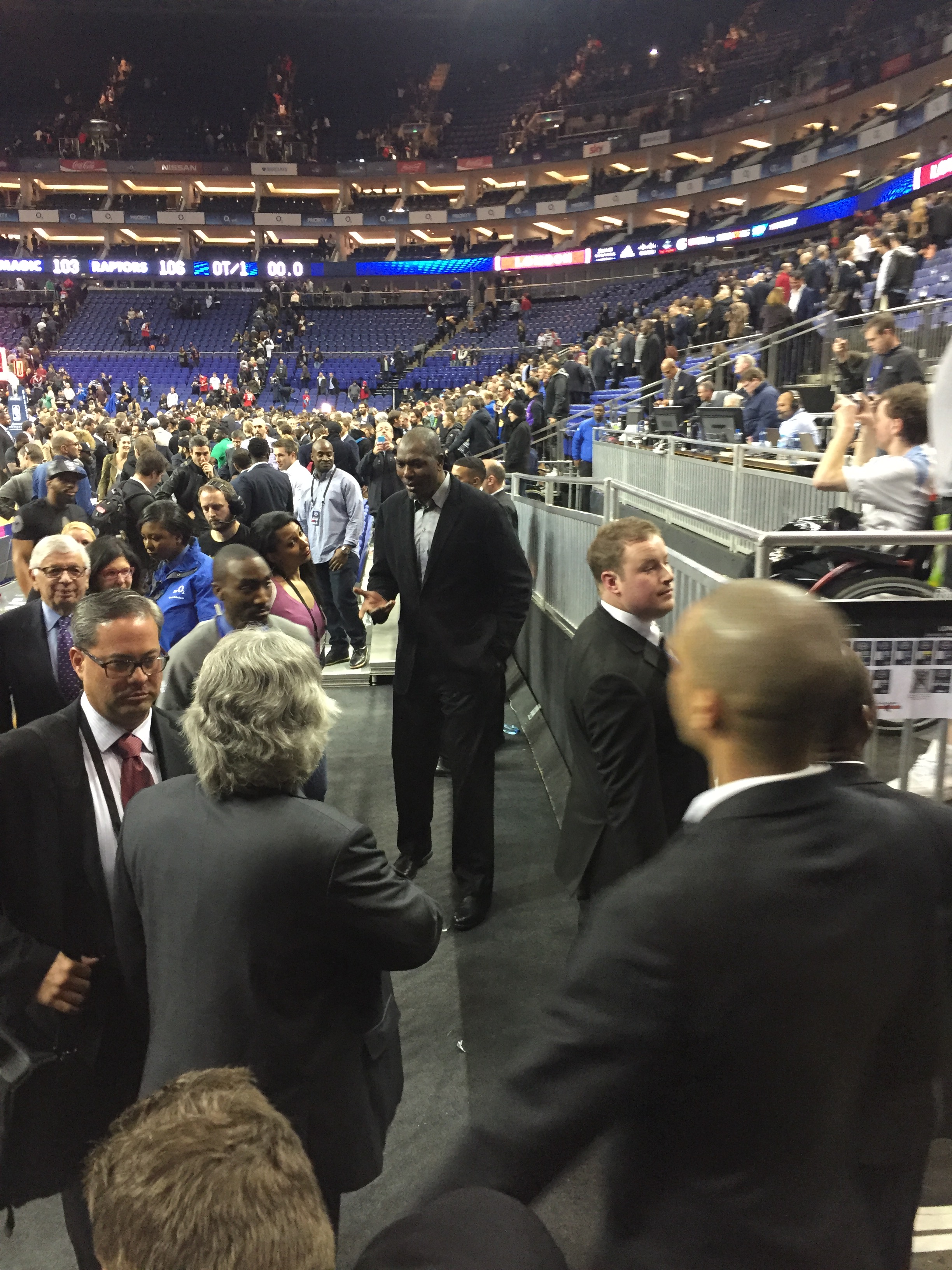 He’s probably the most underrated great players of all time. He also happens to be Nigerian, so I was hopping he would be amused if I tried to speak to him in Pigeon English.

Unfortunately, he either didn’t hear me or didn’t want to take a picture with me.

As I am writing this post, I realised that David Stern (the ex-commissioner of the NBA) that fucking prick was in attendance. He’s the reason the Lakers don’t currently have Chris Paul on their team. 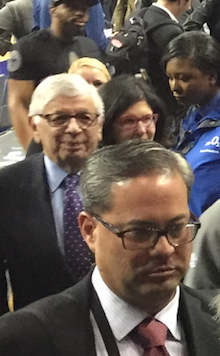 To be honest, if I saw him, I can’t tell you what I would have said.

Actually, I will tell you exactly what I would have said:

“How cold was the Knicks envelope?”

“What were the basketball reasons that made you veto the Chris Paul trade?”

“How does it feel to stab everyone in Seattle in the heart?”

After everyone had walked by I remembered that, I had a giant Notepad and some markers in my bag for autographs.

I start to swear uncontrollably until a security guard told me to stop.

Being the rebel that I am, I didn’t.

Out of nowhere, Adam Silver (the current NBA commissioner shows up).

He sees the giant Notepad in my hand and offers to sign it.

As he is signing it, I begin to try to speak to him and managed to get some of it on video.

This is how a conversation went:

Me: Can you get rid of the salary cap

Me: Also can you also get the Lakers Ben Simmons

Adam: I’ll see what I can do

He is by far and away the coolest guy I met that night.

But, he could use some help with his signature: So by this point, I am thinking my night is over.

I’m getting ready to go home but then a man who looks almost exactly like Aaron Rodgers comes up to us and asks us if we want to be on the NBA snapchat story.

To which my buddies and I say of course. Can we just ignore the fact that I look terrible in the picture on the right?

Thank you for your cooperation.

Afterwards, he asks us if we want to talk about the game.

I’m not too proud of my performance.

I could have talked about anything.

What was also pretty dope afterwards was waking up the next morning to a couple of twitter mentions from my amigos who saw me on the NBA official story. 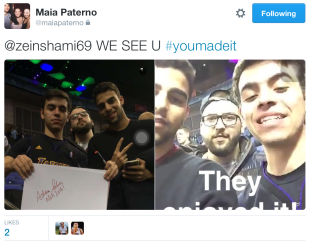 I can’t wait till next year.