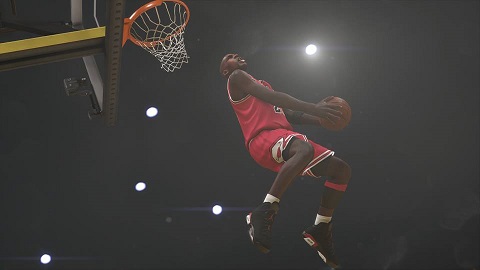 NBA 2k is pretty much the only basketball video game we have (sorry NBA live you don’t count). I’ve been playing this game for like four years now but I lived in countries with terrible internet so I basically only played the myPlayer and myGM mode. So I never really got a chance to see other people play.

But, since I moved to England for University I started playing more online, and I am flabbergasted at the mistakes I see other people make online.

So I thought I would give you guys a few pointers that I find useful.

The main reason I do these things is because the AI is incredibly useless at doing any of these things.

The reason because I turn off automatic substitutions is because the AI coach uses a similar rotation to the one that the team uses in real life.

But, as we know a lot of the players play limited minutes not because they can’t play more but they are saving themselves for the next game. Since you don’t have to worry about that, you can play your starters a lot more which is obviously a good thing.

But since, you are in charge of the subs you have to keep an eye on their stamina because the lower it goes, the worse they are.

This is where the manual timeouts come in. When you play with them on automatic the AI will almost never call a timeout in the middle of the game and towards the end of the game, 2k takes away most of your timeouts wether you used them or not.

So every time you take a timeout, you give your players a chance to catch a breath and, therefore, increase their stamina giving you a decisive edge.

The reasons I turn points of emphasis onto manual is because I play a very particular system with my players. I like to limit 3’s and protect the rim which is a la mode in today’s NBA. So to do this, I can’t have the IA calling random things out ruining my game plan.

This is probably my favourite thing to do when I against the Warriors. I love sticking my best rim defender on the opposing teams least threatening front court player (kinda like what the Warriors did to Tony Allen last year). If I am playing Golden State I’ll put Ibaka on Bogut then completely ignore him.

A lot of time when teams run sets they put their center out towards the 3 point line where he poses no danger. If you were playing on ball, Ibaka would go out to the 3 point to guard him which makes no sense. But, now since you are playing off ball you can just roam with Ibaka neutralising any potential action because you are basically playing five on four at this point.

I usually like to play more on ball defense but I honestly think it’s semi ridiculous that 2k makes Bogut or Ezeli drift toward the 3 point line. It’s even more ridiculous that the AI will actually guard them because this would never ever happen in real life.

If anyone does this trick to you, you have two options. Take out Bogut (like the Warriors did in last years finals) and put in a better offensive threat. The second thing you can do (which is what teams do in real life) is  use Bogut as a screener in both on and off ball scenarios.

I see this a million times every game and it honestly makes me laugh all the time. Your opponent will score, and then try to steal your inbounds pass, he’ll miss, and now you can just sprint with your point guard up the court for an easy layup.

Let me tell you the only scenario in which you should try to do this:

Let’s say you just had a dunk with Lebron and Iguodala was guarding him. Naturally, Iguodala will be the one inbounding the ball. The only time you should try to steal the ball is with the player that is supposed to be guarding the inbound passer. This is because if you miss (and you probably will) you can just jog back not having to worry about being at a disadvantage because Iguodala will be jogging as well.

But you should never try to steal the inbound pass with your center.

This is because your last line of defense is too slow to recover if he misses and you will either concede an open lay up or an easy 3.

Most of the time the person inbounding the ball will be your center of power forward.

What do they have in common?

They are both probably the worst passers on your team.

I can’t tell you how many times per game I get an easy turnover because my opponent is trying to catch the ball at half court.

I get that transition points are the easiest points in the game. But, you don’t want to try to throw the ball further than the midway points between the 3 point line and the half court line.

This way you get the best of both worlds. You can run and at the same time keep the ball.

I usually do this because 2k never passes to the player I want so I’ll have to make two passes instead of one. Which gives the defense more time to rotate and recover so you loose the advantage you had.

A lot of times I’ll miss, and my floor balance will be just awful so I’ll usually just click the D-pad (or whatever it is on Xbox) and grab the nearest player I can find.

I do this because in 2k you’re going to score on most fast breaks when you have numbers 90% of the time. So taking an extra team foul is worth it.

The only thing I would caution you guys is to be careful of clear path fouls. Which is when you try to commit a tactical foul but you’re the last man.

Whenever I am using OKC, for instance, I never play without Durant or Westbrook on the floor. This is because a lot of the times their skills sets are redundant, so you don’t really maximise their power together.

So when you split them apart, you always have a superstar on the floor with a bunch of shooters, so that gives you a really good chance to win.