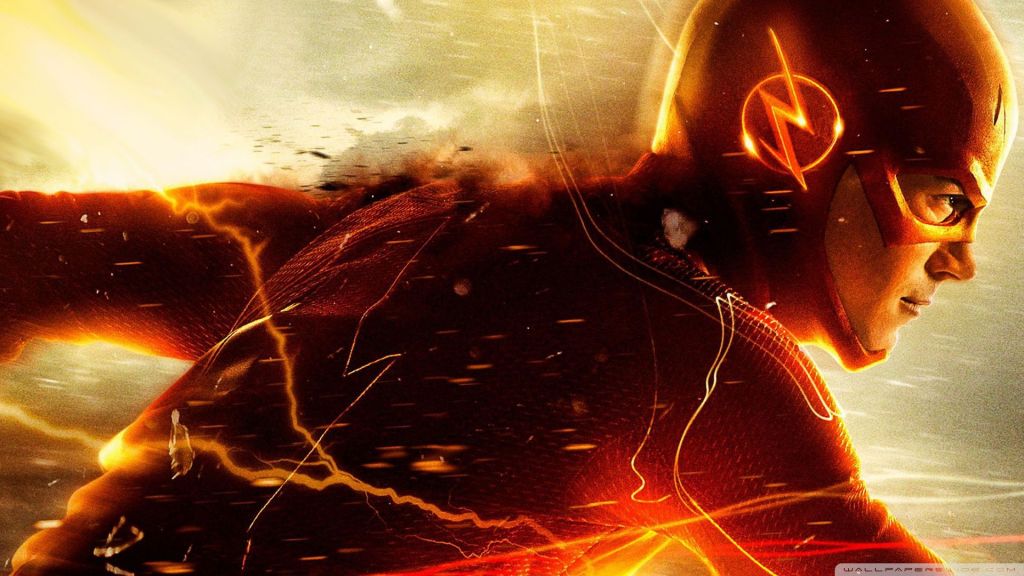 The Flash is the best true superhero show on TV.

But it got worse this season.

Which is more of a testament to how good last season was than a diss on this season.

What I love about the Flash is that this show shouldn’t be this good. It just shouldn’t. As I said before, it’s much harder to make a show about a person with actual super powers than it is to make a show about someone who just kicks a lot of ass. That’s why almost every Batman movie is fantastic and we’ve never had a good Superman movie.

So with that in mind, you would think that Arrow would be miles better than the Flash. But it isn’t, it really really isn’t. That is more to do with how good the Flash is than how infuriating Arrow is (more on that later).

Having said all of that, let me explain why season 2 could be an inflection point, a flash point if you will (sorry I couldn’t resist) for the rest of the series.

If you break down the story line of Zoom (Hunter Zolomon) and Reverse Flash (Eobard Thawne) you realize that it’s almost like they’re the exact same character.

Ow wait, that’s because they are.

What do I mean by that?

Well, both Thawne and Zolomon played the Reverse Flash in the comics at different times for various reasons. The similarities between these two aren’t only limited to the comic book medium it extends to the show as well.

Basically, Thawne and Zolomon are derivatives of each other in almost every respect.

Both are people who are faster than the Flash but need the Flash to get faster to accomplish their ultimate goal. Both become members of the Flash’s squad to help Barry, only to be found out. Both of them feel some sort of pseudo-connection to Barry, Thawne as a father and Zolomon as an insane sibling.

So I don’t know if I should be impressed or angry that the show managed to squeeze two seasons of great TV out of pretty much the same… everything really.

But now we can go to bed easy at night knowing that they’re not going to make the same mistake next time around.

In the season finale, the Flash defeats Zoom whose then whisked away by the speed force ghosts or whatever.

While he is being taken he transforms into the Black Flash who is pretty much the grim reaper of speedsters:

Well, that was cool.

But what was even cooler is when they used “The Flash Point Paradox” storyline.

Even if you’re not into comics I highly recommend you check out the animated movie because it’s superb. Basically, what happens is that Flash goes back in time to save his mother and because of chaos theory and permutations as t tends to infinity and other things I don’t understand it alters the rest of the DC universe in incredible ways.

For reasons I will explain bellow, the Flash should end up still being the Flash but everything else around him should change. I don’t know if this will affect the rest of the CW continuity but I’m intrigued nonetheless.

Faux Grit, in essence, is when grit is shoehorned into a place where it does not belong. The end result is something unnecessary silly which dosesn’t make sense. Like I said in Batman vs Superman review, it’s much easier to make something funny than it is to make it gritty.

Faux Grit was first invented in Arrow season 2 where every conversation went pretty much like this:

Oliver: I only kept this a secret to protect you.

Thea: I don’t want to be protected.

Oliver: Okay from now on I won’t keep any secrets from you.

Oliver: I only kept this a secret to protect you.

Thea: I don’t want to be protected.

Oliver: Okay from now on I won’t keep any secrets from you.

You can see how over the course of a season this can get very annoying.

What made the Flash so great is that it didn’t try to force-feed us hollow and incoherent sacrifices that don’t need to happen and nobody watching wants to happen.

Of course, that was until episode 18 of the past season, where Barry gives Zoom his powers for… reasons or something. I won’t go into it in detail, but there is no corollary to how stupid that episode was.

Making a TV show is really hard, so I’m more forgiving than most when it comes to plot holes. But the writing in episode 18 was so lazy and so terrible it almost derailed the entire season. It was a good thing that “The little Dinosaur” was so good that most of us forgot how incredibly putrid the 3 previous episodes were.

The Flash does a lot of time traveling. So I went through all two seasons again in order to try and understand if they have a coherent idea of what time travel is. It dosesn’t matter what is it because it’s up to people far smarter than myself to figure that part out. It only matters that they are consistent.

So I broke down all the time travel that happened in the show over the past few season into this complicated chart (because I have no life). Then to avoid the narrative fallacy I came up with a bunch of different theories on time travel (because I really have no life) and went with the one that fit the most. I think it’s worth noting that there might not be any pattern and that because humans are extremely talented in finding one when there isn’t so all of this may be irrelevant.

The theory I went with is that every time the Flash goes back in time where there is another Flash present he creates a new parallel timeline. This theory is articulated by some of the characters. For instance, in season 1 Thawne tells Barry that “in a future we are enemies” meaning that there exists multiple futures. He also tells him that when he enters the speed force he “will be connected to infinite times.” This doesn’t mean that when a new timeline is created the old one is destroyed. They are parallel meaning that the creation of one is dependent on the actions of another and that they are happening at the same time.

So there is a lot to digest, and I’ll try my best to walk you guys through this plethora of rectangles.

Firstly, all the rectangles with the same color mean that the same thing happened in all of those different scenarios. For instance, when Thawne first went back in time to kill’s Barry’s mother, what happened the day before should be the same in all the timelines because up till that point the timeline hasn’t been altered.

In timeline 1, the Flash’s mother is alive and everything is cool until Thawne goes back in time and kills her (this creates timeline 2) in order to stop him from becoming the Flash. But he didn’t go all the way back to his time but just went a few years into the future. So in order for him to get back to his time he needed the Barry to become the Flash so he helped create him again. As you can notice the colours in timeline 1 and 2 are different meaning that the timelines have diverged.

Barry and Thawne continue to work together until Barry goes back in time an entire day (creating timeline 2′) when he is trying to stop a tsunami. Because there was no other Flash in that time the only way the timeline was altered was by the Flash’s actions. So Thawne doesn’t kill Cisco and Iris doesn’t make out with Barry. Notice how timeline 2 never passes the yellow rectangle. This is because the future was never able to materialize because the Flash went back to a time without a Flash and changed it.

Now the way in which timeline 1 and 2′ are connected is when things start to get complicated. As said before just because the timelines diverge it doesn’t mean that one of them has to do die. It just means that one becomes the current continuity and the one isn’t. So in season 2 when Thawne comes back in time and appears in timeline 2′ and not timeline 1 (where he came from). Which sounds kind of weird but they even said this in the episode. After capturing Thawne, the Flash ends up letting him go because he’s radically altering timeline 2′.

If you haven’t already closed the page by now, the transition between 2′ and 3 is when things start to get really complicated. Flash needs to go back in time in order to stop Zoom. In order to do this he has to go back in time to speak to Thawne. As you can see timeline 2′ and 3 are identical in every respect besides the green rectangle. The reason behind this green rectangle is that when the Flash goes back in time he causes some ripples but nothing to severe, because when he goes back to his time everything is almost the same.

Finally, the last transition is the most straight forward one. The Flash goes back to a shared time which is the time before the original timeline divergence happened and saved his mother. He should still end up being the Flash because in timeline 1 his mother is alive and he still becomes the scarlet speedster. I don’t what else is going to happen but I’m intrigued nonetheless.

I just painted a really coherent picture of how time travel works in the Flash but in reality, there is a lot of things they do, that is not consistent with their idea of time.

First of all the whole time remnant thing that they first used correctly with Thawne and then proceeded to use it all times when things don’t make sense. The Flash and Zoom manage to go back to a time very quickly and get their past selves to help them do stuff. That doesn’t make sense the same way Interstellar doesn’t make sense. Even if we throw that argument out of the window, we’ve seen the Flash jump back in time over a short period and when he did he was the only fastest man alive.

Also at the end of the season finale we can see the Flash smiling and fading away as if he never went back in time. That is also inconsistent with their time travel thesis but I’m  being pedantic at this point.